Land for sale in Solihull, Birmingham

Grazing land for sale with paddock & investment potential near Birmingham, Solihull, Coventry, the A45, A41 and M42 & M6 Motorways 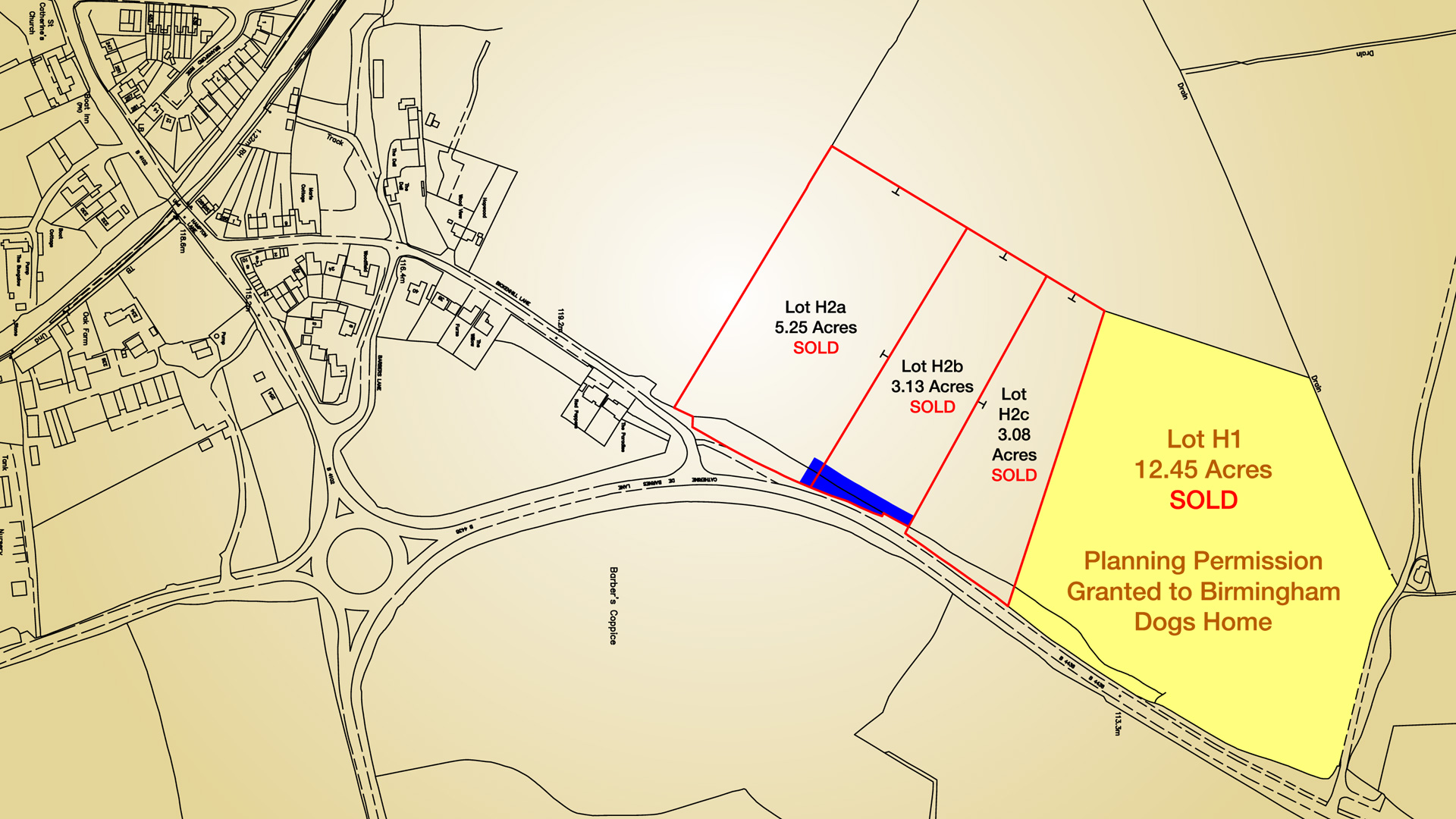 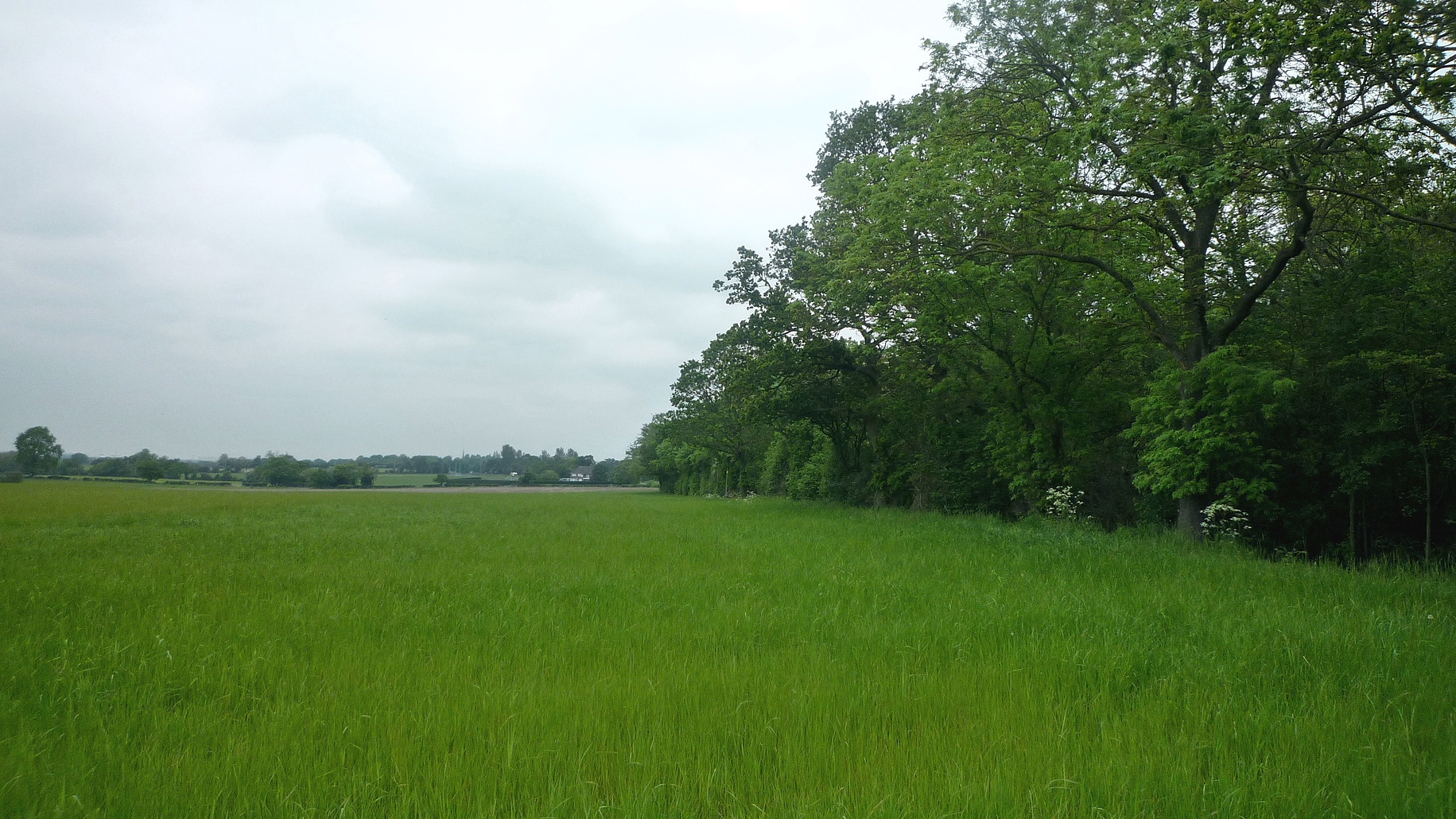 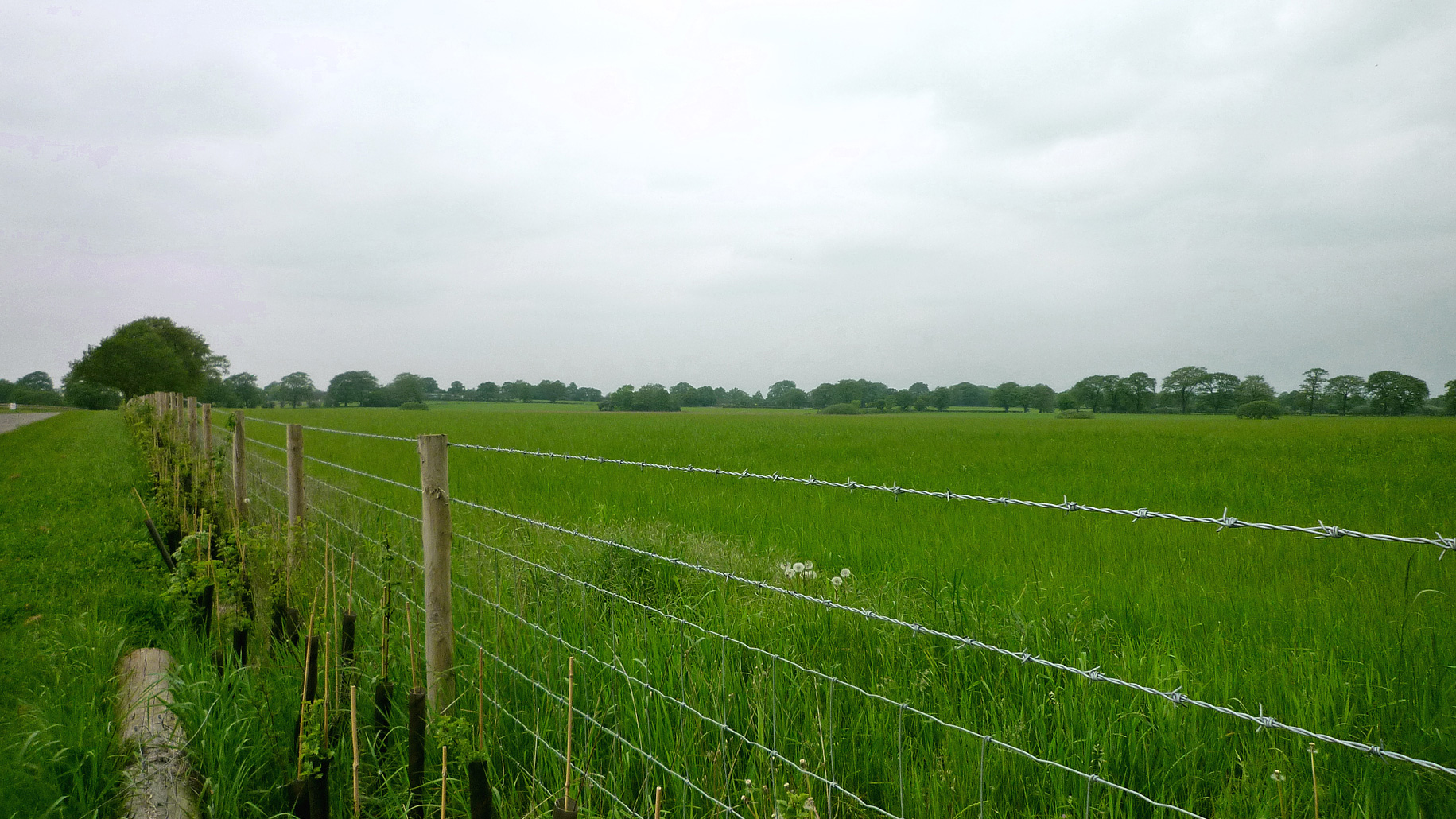 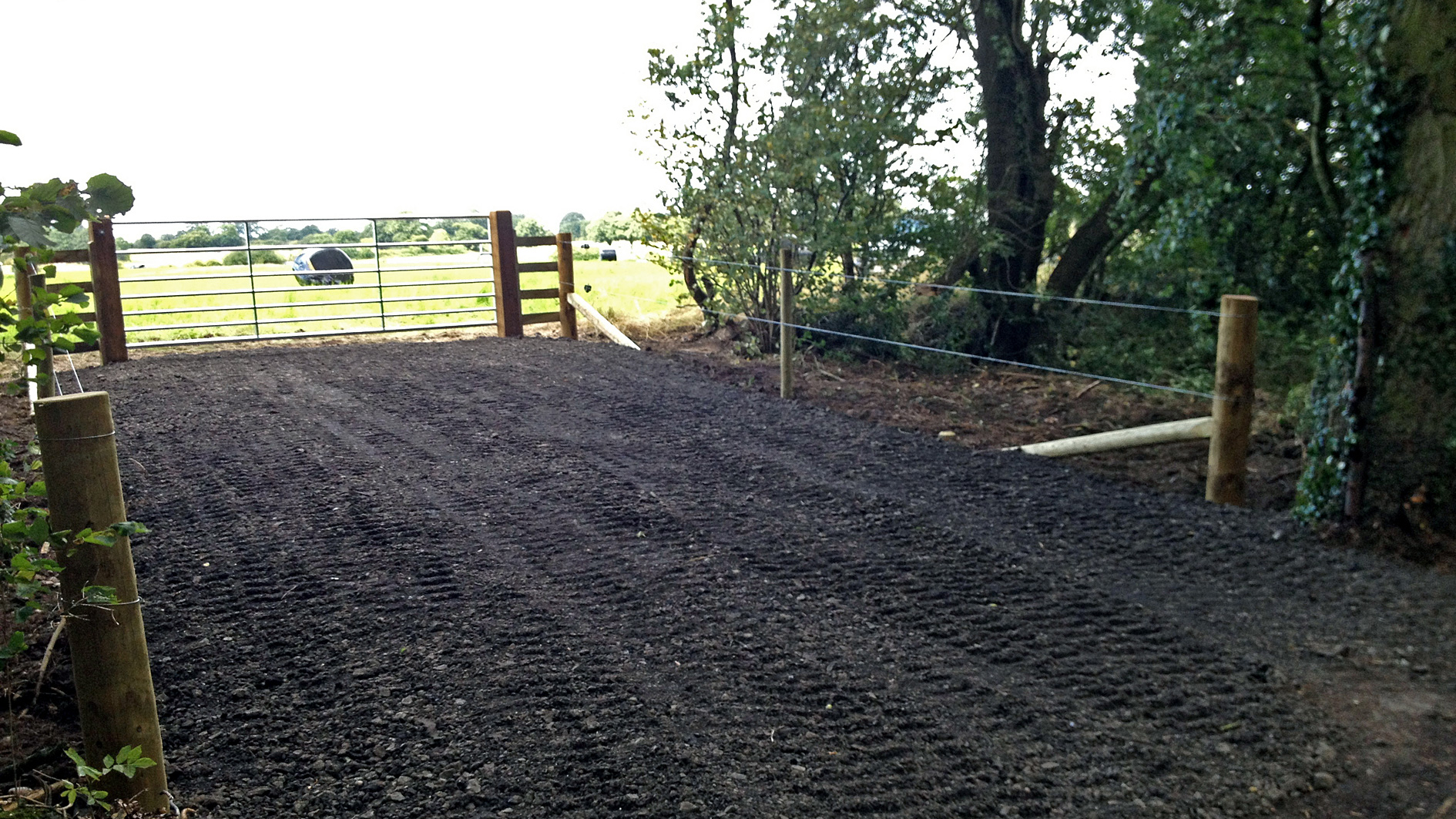 Why buy land for sale in Solihull, Birmingham?

A rare and desirable opportunity to purchase a valuable block of lush grazing land strategically located on the edge of the large and expanding town of Solihull. The land is available freehold with vacant possession and is suitable for paddock conversion, grazing livestock or for amenity or recreational use. Water is connected to the site, which is flat, well drained and benefits from direct, private access and road frontage onto Catherine-de-Barnes Lane.

The land is situated on the edge of the affluent village of Catherine-de-Barnes, between Solihull and Birmingham International Airport. Properties in the area have become increasingly sought after due to its close proximity nearby larger towns and villages that can be easily reached through a superb network of local transport links and infrastructure.

A parcel of land to the north was purchased by Birmingham Dogs’ Home who have recently been granted planning permission for a new state-of-the-art Dog Rescue and Welfare Centre with associated parking and managers accommodation. This lot was sold by Vantage Land prior to planning permission being sought and its development adds considerable “hope-value” to the land increasing its investment and future development potential greatly.

The land benefits from direct, private access and road frontage onto Catherine-de-Barnes Lane with full vehicular access granted to all lots (shown blue on the site plan).

A parcel of land in the same field to the north was purchased by Birmingham Dogs’ Home who have made a strategic decision to relocate their home to a larger site and to invest in new facilities that will support the future development and expansion of their charitable work.

The land has now recently been granted planning permission for the creation of a new state-of-the-art Dog Rescue and Welfare Centre with associated parking and managers accommodation. This adds significant “hope-value” for future commercial development to the remainder of the site.

This land was sold by Vantage Land at this site prior to planning permission being sought.

Not looking for land for sale in Solihull, Birmingham?

The site is situated on the edge of the affluent Catherine-de-Barnes, between Solihull and Birmingham International Airport. Solihull is the largest town within the Metropolitan Borough of the same name and together with Birmingham form a major part of the West Midlands conurbation, the UK’s second most populated urban area.

The town is one of the most prosperous in the region and has seen a boom in population. This growth is due to a number of factors including the continual expansion of Birmingham International Airport and, perhaps most significantly, the release of large tracts of land for housing development attracting inward migration of residents from across the UK.

Students are also attracted to the area with five universities close to Solihull; three in Birmingham and two in Coventry. Solihull offers a variety of shopping facilities and the town has undergone much development in recent years.

The Birmingham NEC, lies within the borough of Solihull, as does Birmingham International Airport and the ever-expanding, newly developed Birmingham Business Park.

Birmingham is the UK’s second largest retail centre, with the country’s busiest shopping centre – the Bullring. The city has seen economic growth greater than the national average attracting commuters from surrounding areas. Much of the city has been regenerated in recent years.

The Big City Plan is a large redevelopment plan currently underway in the city centre with the aim of regenerating Birmingham making it one of the top 20 most liveable cities in the world within 20 years. This ambitious plan will increase the city centre area fivefold and provide 60,000 new homes.

Complementing Birmingham, the large and heavily populated cities of Coventry and Leamington Spa can both be found within 13 miles. Major improvements continue to regenerate the city of Coventry with more developments planned. Leamington Spa is a modern town and one of the largest in the county. The spending-power of its wealthy residents led to the development of Leamington as a popular place for shopping and it has seen a strong growth in population over the years.

These major urban areas and numerous other towns and villages can easily be reached through a superb network of local transport links and infrastructure.

A number of main roads pass through Solihull including the A41 and A45 trunk roads. The A41 connects the site to London. The A45 is a major road that runs east from Birmingham, though Solihull connecting with the M42 through to Rugby and Northampton.

The M42 and M40 both pass through Solihull and provide very rapid links to London and to the rest of the motorway network surrounding the West Midlands, including the M6 that runs from the M1 via Birmingham to Manchester.

The new “Birmingham Interchange” station is proposed to be built on the other side of the M42 motorway. This station will be on the High Speed Two railway line, which is expected to be completed in 2026. The HS2 is a proposed British high-speed railway serving the Midlands and the North West with a “Y” shaped route from London to Birmingham and then two spurs, one to Manchester and the other to Leeds.

Proposed journey times to London would be reduced to an estimated 40 minutes and the HS2 would extend Birmingham’s catchment area further into London and the South East, and even Kent would be less than an hour away.

The HS2 will be the equivalent of placing Birmingham in ‘Zone 4’ of the London Tube Map.

The land has great investment potential and hope value, but is also suitable for paddock conversion.

Solihull and its surrounding villages provide an excellent area in the West Midlands for equestrian activities. Horse riding is a popular leisure activity and the nearby facilities, along with the local countryside landscape, meet the needs of all standards of horse rider.

The Solihull Riding Club is one of the longest established riding clubs in the UK and is situated within 5 miles. The Club provides excellent facilities for all disciplines at all levels from grass roots to professional and is centred around one of the largest indoor riding arenas in the country.

The club houses 2 indoor arenas, an all weather outdoor arena, over 220 acres of land with dressage, jumping and showing fields.

Hazel Farm is a Livery Centre located within 1 mile of the land and provides a large number of modern indoor stables and livery facilities including a riding school catering for all riding abilities.

The nearest bridleway to the land can be reached within 6 miles located to the south east of Hampton in Arden at Marsh House Farm Lane.

Viewing the land for sale in Solihull, Birmingham

To arrange a site visit or to buy the land for sale in Solihull, Birmingham; please call 01582 788870 or email enquiries@vantageland.co.uk.