Land for sale in Rubery, Birmingham

Grazing land for sale with paddock potential strategically located close to Longbridge, Redditch, Birmingham, the A38 and M5 & M42 Motorways 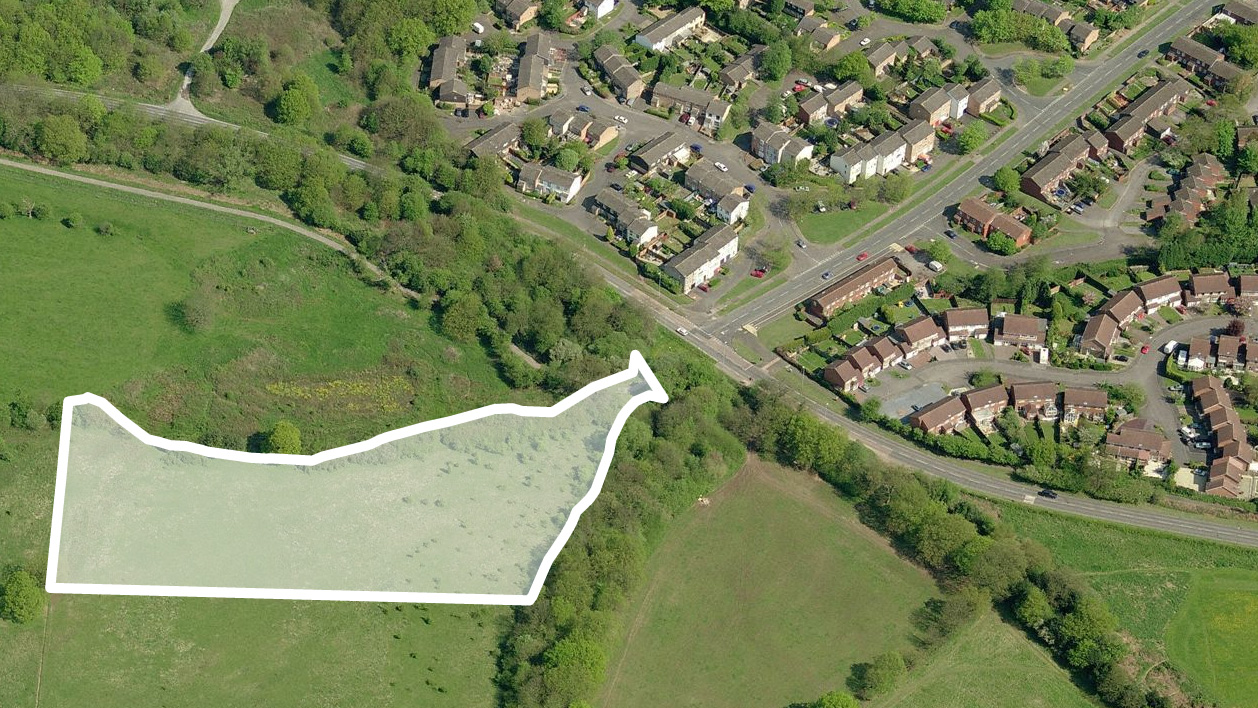 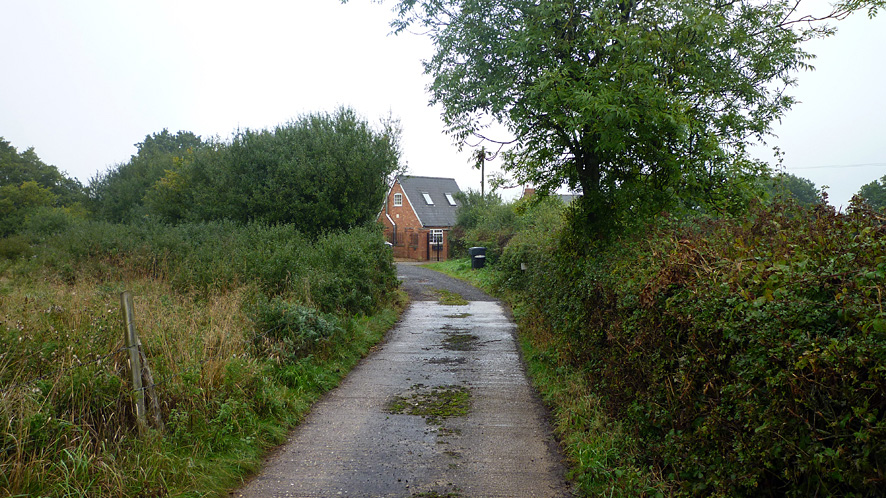 Why buy land for sale in Rubery, Birmingham?

A strategic parcel of grazing land located in the growing commuter town of Rubery, in the district of Bromsgrove. This lush pasture land is suitable for a variety of amenity and recreational uses and is close to dense residential housing. This may accodingly be considered to give the land some considerable ‘hope-value’ for future development. Furthermore, the land is close to an excellent infrastructure of strong transport links and amenities that could support future development.

The local area has experienced considerable development in recent years, both residentially and commercially including the Birmingham Great Park and the ongoing £1 billion redevelopment of nearby Longbridge. These developments will boost the local economy greatly, potentially increasing the need for housing in the area.

The district already has a significant need for affordable housing and it is reported that the amount of brownfield land available for development is insufficient to meet the district’s housing targets. This means that Greenfield sites may need to be released. Neighbouring Redditch Borough is unable to accommodate all of its housing needs. It is therefore necessary for some of this to be located in Bromsgrove. All of the options put forward for Bromsgrove are located within the Green Belt.

Access to the land is by way of a driveway leading from Gunners Lane from where the lot benefits from full vehicular access (shown blue on the site plan). The site also benefits from approx. 18 metres of road frontage onto New Inns Lane.

Rubery is situated in the district of Bromsgrove where there is an identified need for significant levels of affordable housing. The total number of households in the district is set to increase by 8,000 by 2026; which implies a strong locally generated growth in the need and demand for housing. Estimates suggest a requirement of 7,350 new homes by 2026.

The 2007 Strategic Housing Market Assessment (SHMA) identified a gross annual need for 597 affordable units. Taking into consideration annual supply from re-lets and annual new supply there was an annual shortfall of 286 units. This was significantly higher than any district in the region.

The amount of brownfield land identified within the SHLAA that is currently suitable and available for development is insufficient to meet housing targets in the district. This means that Greenfield sites may need to be released for development. These strategic sites should be located close to essential services.

The Bromsgrove District Council Draft Core Strategy states that, “Exceptionally, affordable housing will be allowed in or on the edge of settlements in the Green Belt where a proven local need has been established through a comprehensive and recent survey and where the choice of site meets relevant planning criteria.”

Neighbouring Redditch Borough is unable to accommodate all of the housing and employment land required to meet its needs. It is therefore necessary for some of this to be located in Bromsgrove. Redditch Borough has been given a target of accommodating around 7,000 houses by 2026. Bromsgrove District is required to take around 3,000 of these new homes. All of the options put forward for Bromsgrove are unavoidably located within the Green Belt.

Not looking for land for sale in Rubery, Birmingham?

The land is situated close to Longbridge, formerly the home of MG Rover. The 468 acre site is now being transformed into a vibrant £1 billion new community. A revolution in regeneration, it will be the largest regeneration project in the West Midlands.

Longbridge will undergo major regeneration, redeveloping the former car plant and surrounding area into a sustainable, employment led mixed use development for the benefit of the local area and beyond.

The proposals include plans for 10,000 jobs, over 2,000 new homes and a new local centre to provide a wide range of retail, leisure, commercial and community facilities; putting Longbridge on the map as an area of growth and economic strength.

Given the extent of the surrounding transport network and the large scale regeneration planned for Longbridge, the local area really is a location for the future.

Rubery lies within the district of Bromsgrove, which forms a southern suburb of Birmingham. Rubery is an expanding residential area on the A38 route into the city of Birmingham. It’s proximity to the countryside and the city makes it a popular commuter area.

There is a good selection of local amenities, including the large Northfield Shopping Centre and the local residents benefit from being close to Waseley Country Park and the Lickey Hills.

Rubery has benefited greatly from the development of Birmingham Great Park, less than a mile from the site. It is a major development aimed to improve the local area and economy.

The 200 acre brownfield site just off junction 4 on the M5 Motorway has been developed into a community with several housing developments, open spaces, offices, industrial units, and numerous leisure facilities including; a cinema, bowling complex, bingo, health and fitness centre, numerous restaurants and a large supermarket.

Longbridge is nearby, formerly home of the MG Rover Plant. Much of the plant has been demolished, with plans to transform and regenerate the area with a new town centre including new shops, parks and homes.

As part of the plans to improve Longbridge, the train station may be redeveloped in the coming years. Trains operate every 10 minutes between Longbridge and Birmingham with a journey time of just 19 mins. From here you can catch a direct train to London in less than 90 minutes.

Rubery is well-linked to surrounding areas by both road and rail. Its extensive road links include the A38 and the M5 motorway, which allow easy commuting to Birmingham or nationwide.

Birmingham can be easily reached by road or rail attracting commuters from surrounding areas through its excellent network of transport links.

The city has seen economic growth greater than the national average and has the second-largest city economy in the UK. Birmingham is often referred to as the Second City.

With an annual turnover of £2.43bn, Birmingham city centre is the UK’s third largest retail centre, with the country’s busiest shopping centre – the Bullring.

The Big City Plan is a large redevelopment plan currently underway in the city centre with the aim of making Birmingham one of the top 20 most liveable cities in the world within 20 years.

Horse riding is a popular outdoor pursuit in the West Midlands and is widely catered for with the numerous riding schools, equestrian centres and livery yards on hand.

The track off Gunner Lane forms part of a Bridleway that runs from Rubery to Chapmans Hill through Waseley Hills Country Park, which adjoins the land for sale.

Waseley Hills is a 150 acre Country Park, consisting of rolling open hills with old hedgerows, pastures and small pockets of woodland with panoramic views over the county, making it a perfect spot for walkers. Several paths run through the park linking to the wider countryside. These include the North Worcestershire Path and Illey Way. Waseley Hills is visited by over 200,000 people each year, testimony to its popularity.

The Lickey Hills are nearby; a popular country park area with panoramic views over much of the surrounding countryside. With over 500,000 visitors a year it is considered to be one of the most picturesque public spaces of its type in the West Midlands and is Green Flag recognised.

Viewing the land for sale in Rubery, Birmingham

To arrange a site visit or to buy the land for sale in Rubery, Birmingham; please call 01582 788870 or email enquiries@vantageland.co.uk.