Land for sale in Charlwood, Surrey

Woodland & grazing land for sale with paddock & investment potential well situated near Horley, Crawley, Horsham, the A24 and M23 & M25 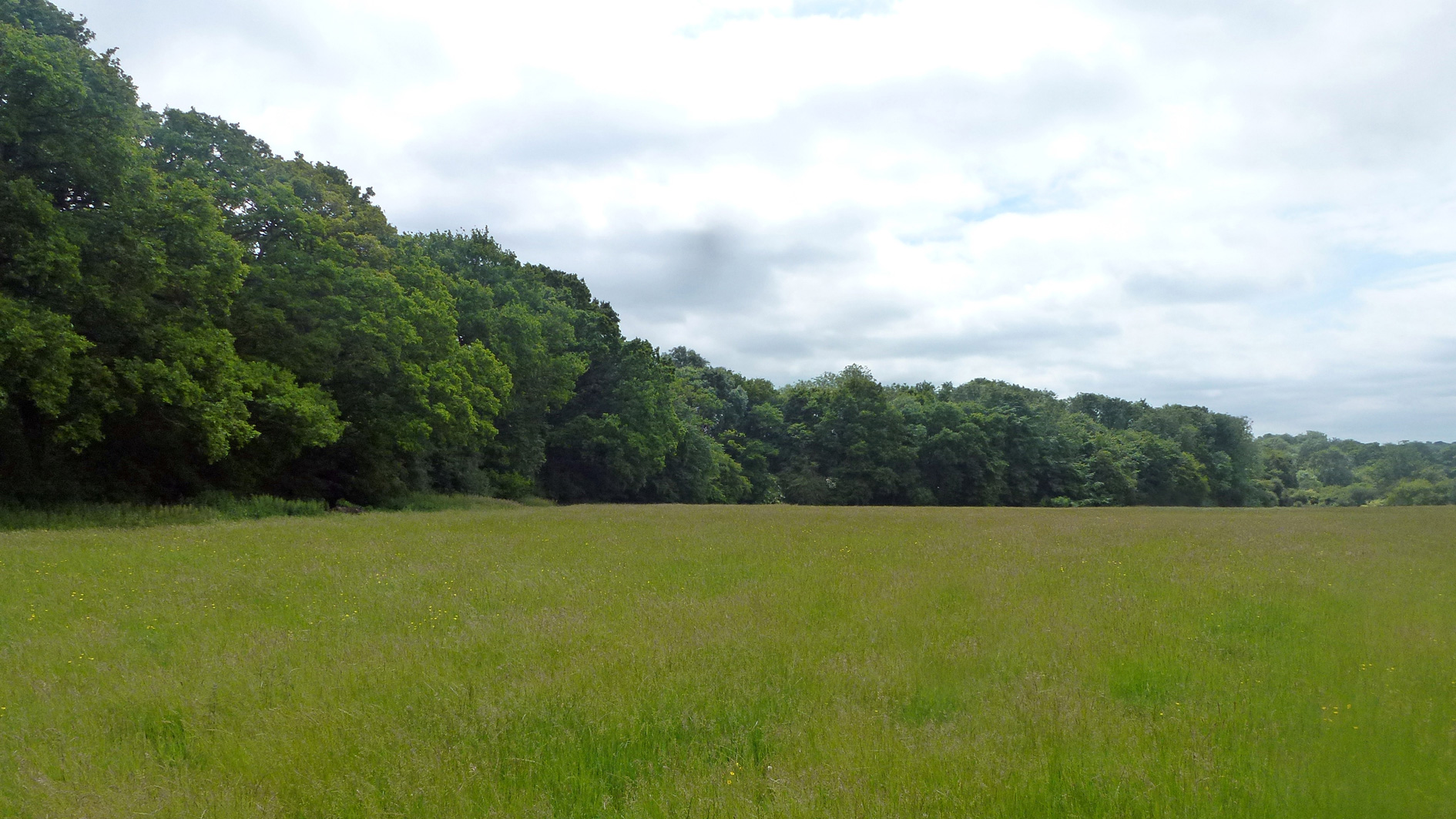 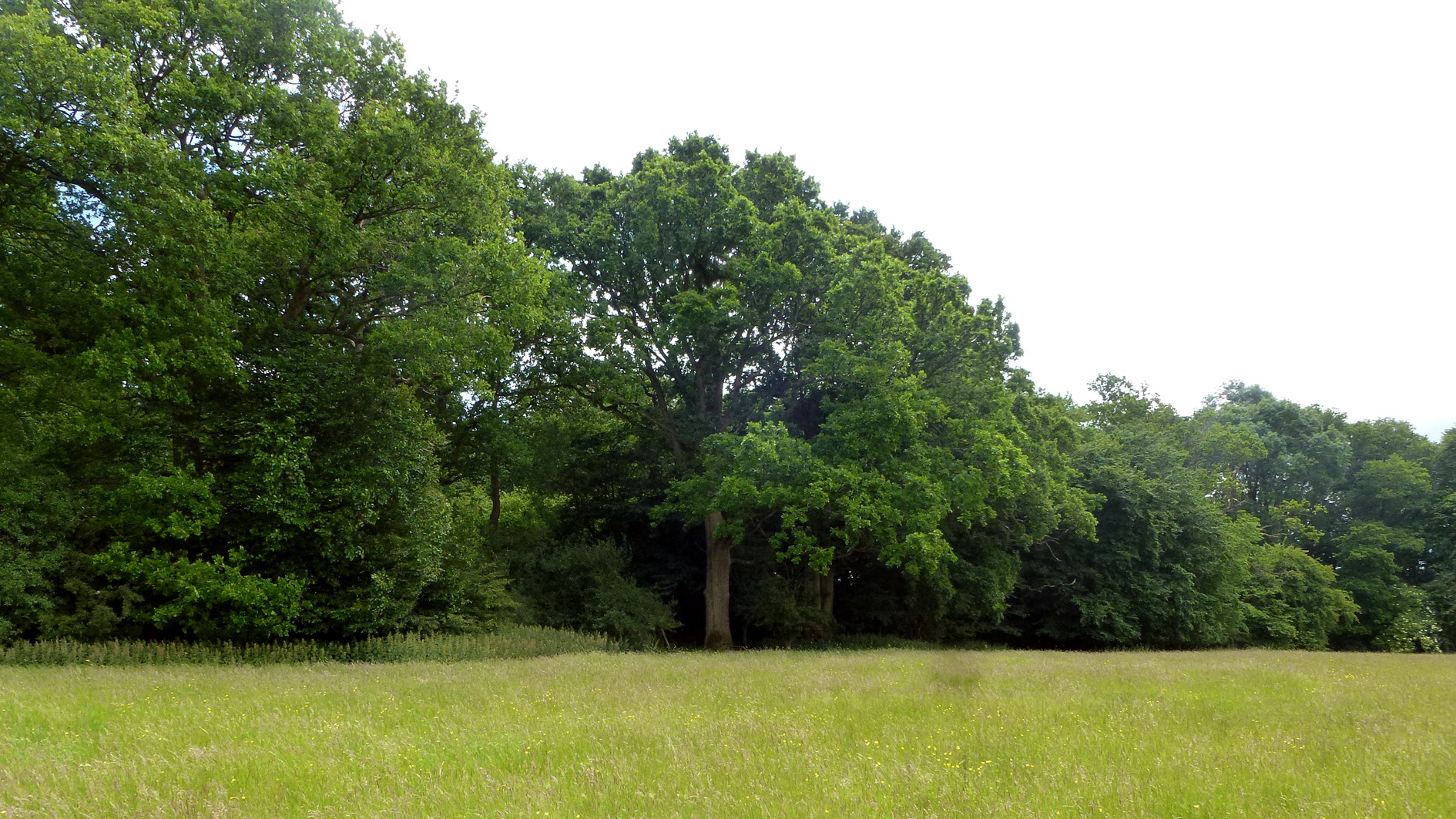 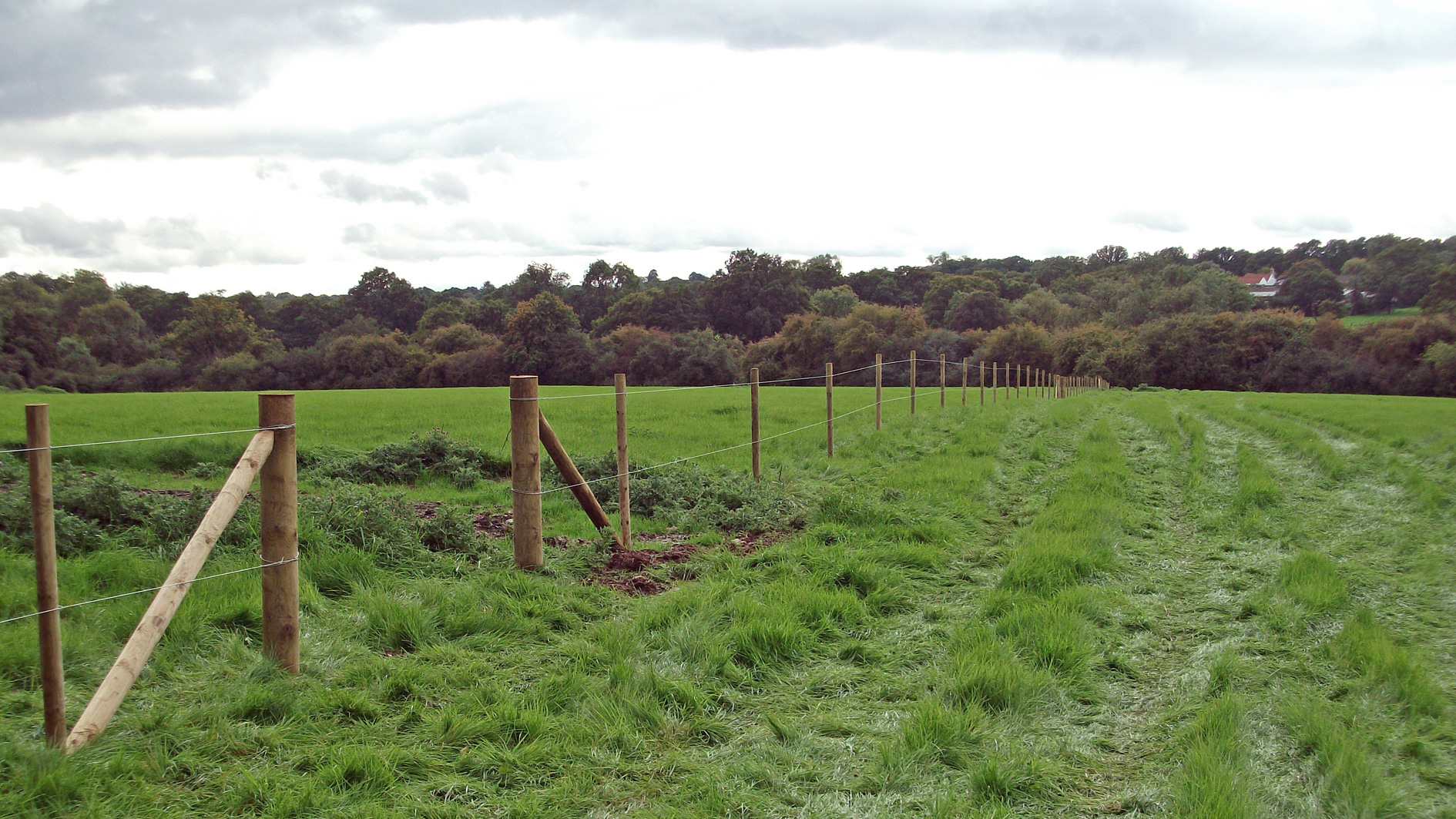 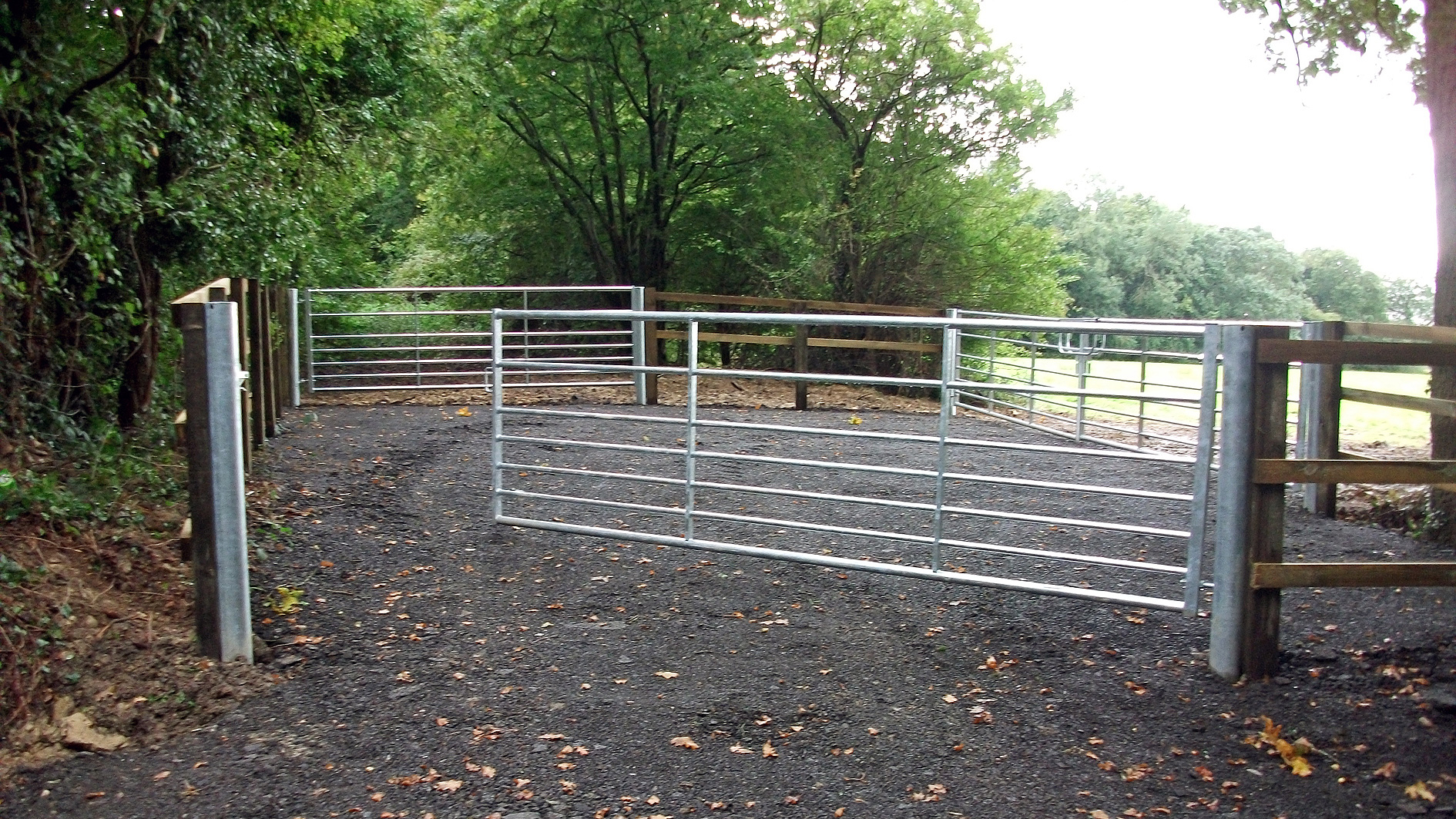 Why buy land for sale in Charlwood?

A wonderful opportunity to own a parcel of lush grazing land or mature woodland within a much sought after area of Surrey. Totalling approximately 32 acres, the land is surrounded by thick woodland belts and benefits from road frontage. Access to the lots has been greatly improved by the current vendor. A new gated entrance, set back from the road has been installed providing easier & safer access.

The area has a strong equestrian influence and there are two separate bridleway networks approximately 1 mile from the land. There are several riding schools & livery yards nearby and for the horse racing enthusiast there are Lingfield and Epsom racecourses close by.

The land is located on the western edge of Charlwood; a wealthy and historic village located within the affluent county of Surrey, just inside the county border with Sussex. It lies north of Crawley and west of London Gatwick Airport and the M23 motorway; a road that links the site to London and the M25. With the benefit of excellent transport links, Charlwood has become a much sought after commuter village.

This has put pressure on the green belt and the local Council have approved 135 applications to build on green belt land in the past 5 years. This could accordingly add strong investment and development potential to the site in the long-term.

The land benefits from extensive road frontage onto Blanks Lane. Access to the lots has been greatly improved by the current vendor. A new double-gated access, set back from the road has been installed in Lot 1 providing easier & safer access to the lots. Full vehicular right of way is provided to all lots via an easement (shown blue on the site plan).

The Mole Valley District Council’s Core Strategy that was adopted in October 2009, sets out planning policies that guide new development in the District up until 2026. It states that:

“From 2016-2017 indicative Housing Trajectory indicates that it could be necessary to develop land that is in the Green Belt in order to meet the housing requirements for the period 2016 to 2026.”

On the 18th August 2015, the Dorking and Leatherhead Advertiser reported that:

“135 applications to build on green-belt land in the district have been approved by Mole Valley District Council in the past five years, despite public opposition.

The land is designated as green belt and Lots 10 & 11 are designated as Ancient Woodland. Any development would be subject to the appropriate planning permission.

Not looking for land for sale in Charlwood?

Buying land for sale in Charlwood

The land is situated is an extremely affluent area where house prices are 64% above the national average. These premium house prices reflect the desirability of the village as a place to live and own property – including land.

The land is pleasantly situated between the villages of Newdigate and Charlwood - an area that is very much part of the London Commuter Belt. Charlwood is an attractive, historic village that has a vibrant rural community with its own local shops, village school and pubs.

Charlwood lies within the affluent county of Surrey, which has the highest GDP per capita of any county in the UK. Surrey is said to have the highest proportion of millionaires in the UK.

It lies near the border between Surrey and West Sussex, northwest of London Gatwick Airport, west of Horley and north of Crawley. Horley has a significant economy of its own, including business parks and a long high street.

Crawley is a ‘New Town’, an act implemented by the Government to move people and jobs out of London. Rapid development of new residential, commercial, industrial and civic areas greatly increased the size and population of the town. Economically, the town of Crawley has developed into the main centre of industry and employment between London and the south coast of England. A large industrial area supports industries and services, many of which are connected with the airport, and the commercial and retail sectors continue to expand. Continuous growth and investment have made Crawley one of the most important business and employment centres in the South East.

The land benefits from excellent transport links. The nearby train stations of Holmwood & Gatwick Airport provide fast, frequent and direct rail links to surrounding towns. London can be reached in less than 30 minutes from Gatwick Aiport station. It is ideally situated for motorists, with easy access to the A23, M23 and M25 motorways as well as London Gatwick Airport, attracting many visitors to the village.

The A23 is a major trunk road that runs from London to Brighton. The M23 motorway the site to London by way of a spur that runs from junction 9 to London Gatwick Airport. London Gatwick Airport is the second largest and busiest airport in the country. Gatwick has encouraged plenty of commercial and industrial growth in the area, providing a boost to the local economy.

The land lies close to an extensive network of local footpaths and bridleways within lovely countryside that afford good walking, cycling and horse riding. There are two separate bridleway networks approximately a mile from the land.

For the equestrian users there are several riding schools and livery yards close to the site.

Littleton Manor boasts some of the finest equestrian training facilities in the south of England offering something for everyone, amateur or professional. Facilities include an 8 furlong all weather gallop and cross country schooling as well as indoor, outdoor, dressage and showjumping arenas. Uniquely, the Manor hosts training clinics with leading riders and trainers across Dressage, Show Jumping and Cross Country.

The horse racing enthusiast can enjoy nearby Lingfield Park and Epsom Downs racecourses.

Lingfield Park Racecourse is best known as an all-weather flat-racing course; just one of five in the UK and one of the busiest in Europe. Set in 450 acres of beautiful countryside, Lingfield Park is more than just a racecourse. With a premier 18-hole golf course, a sports and leisure club and outline planning permission to build an integrated four star hotel, it is one of the most exciting racecourses in the UK.

Epsom to the north is home to Epsom Downs Racecourse, best known for hosting the Derby, the UK’s premier thoroughbred horse race. The racecourse has stunning views over London and the North Downs.

Glover Wood to the south of the land is a Site of Special Scientific Interest which is noted for its bluebell displays in springtime. Managed by the Woodland Trust, it is one of the largest areas of woodland in the Surrey Weald, containing oak, hazel and birch trees. It is also home to a variety of rare plants and wildlife, and features historical relicts including a medieval bank and ditch systems.

Viewing the land for sale in Charlwood

To arrange a site visit or to buy the land for sale in Charlwood; please call 01582 788870 or email enquiries@vantageland.co.uk.